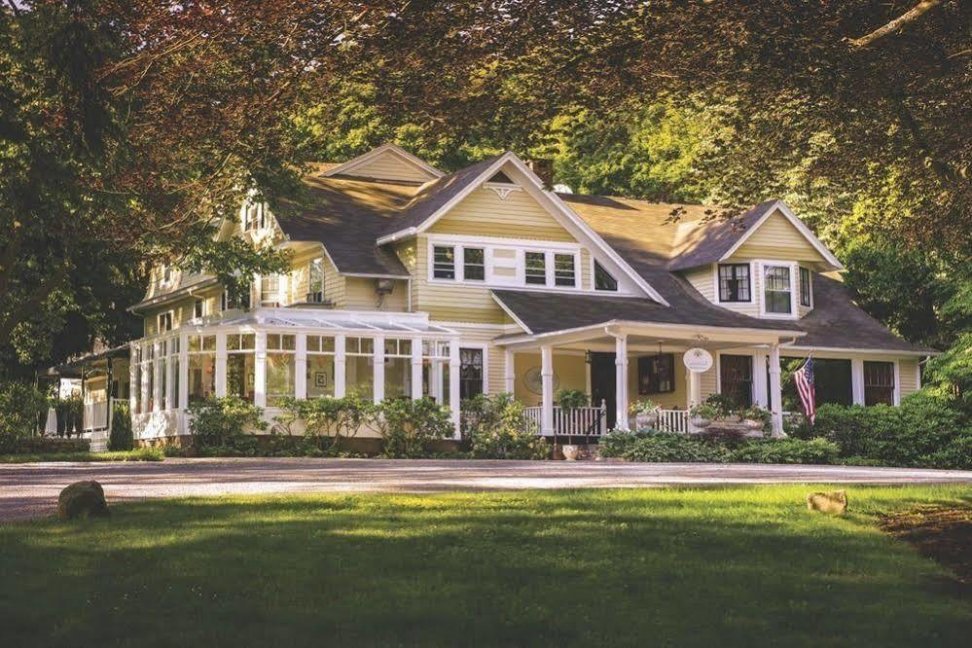 "We are thrilled to bring a local landmark back to Essex!" said Frank Perrotti, owner of the Copper Beech Inn.  "With a heavy heart we had to cut down the old Copper Beech Tree that had died several years ago.  We are so happy to announce that we have planted a 55-foot tall 'Fagus Sylvatica Cuprea', more commonly known as a Copper Beech Tree, in the front yard where the old tree once stood.  The new tree is bringing a sense of celebration and history back to the inn and the village of Ivoryton!"

The Copper Beech Inn was originally built in 1889 as the personal residence of Archibald Welsh Comstock, the son of Samuel Comstock, whose family business was well known for importing ivory and manufacturing piano keys, billiard balls, dominoes and combs.  Today the structure houses a restaurant and Inn with superb and innovative cuisine and quintessential New England hospitality.  www.copperbeechinn.com.

The old tree, which was estimated to be about 300 years old, had to be cut down in 2017 due to disease.  Its replacement, a 50 year old tree of the exact same species as the original tree, was donated to the Copper Beech Inn by Michael Belfonti, founder and CEO of the Belfonti Companies in Hamden, CT.  "I wanted to donate the tree in memory of my parents, Connie and Richard Belfonti, who passed away in 2007 and 2013," said Mr. Belfonti.  "They used to go to the Copper Beech Inn to have dinner on very special occasions, and they loved the Inn and its signature tree.  Frank is also a dear friend of mine, as was his uncle Frank Perrotti, Jr., who passed away in 2016.  The tree is also in memory of him."

The 55-foot tall new tree was sourced by a descendant of the original Comstock family.  It was transplanted into its new spot by Greeno Tree Spade Services LLC, a large tree relocation expert located in Hudson, New Hampshire www.greenotreemovers.com.

A formal dedication ceremony will be held in the fall of 2020.

Contact Matt today to view any homes on this website. If you're considering listing your property, I'd be happy to come by and take a look, and give you a market analysis with an estimate of its value!

Your email address will not be published. Required fields are marked with *

Covering 12 square miles, the Middlesex County town of Essex is small, with a population of less than 6,700, but encompasses three villages: Essex Village, Centerbrook and Ivoryton. Essex is known for its old New England Main Street, lined with homes dating to the town's heyday as a bustling center for shipbuilding in the 18th and 19th centuries.